‘More light and higher production thanks to Albarino diffused glass’

A few years ago, French tomato growers Christophe Rousse and Pascal Lorand, members of the Solarenn growers’ cooperative, invested in Cultilene’s Albarino diffused glass. This glass achieves positive results and a clear added value in practice, as is evident after three growing seasons. 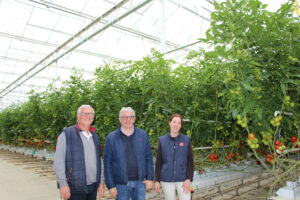 Pascal Lorand and Christophe Rousse began their fourth growing season this year in the greenhouses glazed with Albarino diffused glass. Pascal runs a 6.2-hectare farm in Saint-Erblon, Brittany. It is here where he grows crop varieties Clodano, Luminance and Brioso within an area of three hectares under diffused glass. The glass structures, with a height of 6.60 metres, were built by the Dutch greenhouse builder Kubo. ‘In 2015, we built 1.5 hectares of greenhouse space. Because of the positive results with this type of greenhouse, this surface area was doubled in 2017.’
Christophe’s company is located in the town of Nouvoitou in Brittany. On an area covering three hectares he grows cherry tomatoes in different colours, Clodano vine tomatoes and Brioso cocktail tomatoes. In 2015, he invested in a new 1.5 hectare greenhouse, glazed with diffused glass. ‘When we wanted to build new, we visited several reference projects in the Netherlands and Belgium together with our builder,’ says Christophe. ‘We saw that about 75 percent of the new construction projects opted for diffused glass, which ensures a better distribution of light. Cultilene’s Albarino diffused glass also has a double-sided anti-reflection coating, which results in higher light transmission. The overall picture convinced us. At that moment we have chosen for Albarino High Haze glass. This glass is characterized by a high light transmission and a haze factor of 80 percent.’

An increase of five to seven kilos

The two growers are now more than convinced of the added value of diffused glass. ‘Diffuse light penetrates better and deeper into the crop,’ says Pascal Lorand. ‘There is no shade, the light distribution in the greenhouse is more uniform and thus also the height of the plants. In addition, there is no direct radiation to the crop. In April of last year, all growers complained about a lack of light. That’s what bothered us, too. But thanks to the diffused glass, even the smallest ray of sunshine was optimally distributed and the available light was used to the full.’
The other greenhouses are covered from spring to autumn with a chalk that diffuses the light. ‘The disadvantage is that this is not always applied evenly,’ says Christophe. ‘In addition, the chalk layer has to be applied in March and removed in September. With diffused glass, you don’t have to apply chalk anymore.’

According to the growers, the anti-reflection coating also reduces the amount of condensation formed, and they endorse the added value provided by the hydrophilic anti-reflection coating of the Albarino glass. In contrast to hydrophobic coatings, where water droplets form on the glass under wet conditions, hydrophilic coatings form a kind of water film on the glass. This is logically more beneficial for light transmission. ‘In addition, the diffused glass has a positive effect on cultivation,’ say the producers. ‘The plants are stronger, more vigorous and less stressed. We also see that the flowering and setting of the fruits are good and even. Also, there is no longer an issue of the heads burning and there is no problem with foliar necrosis. This means that the fruit is bigger.’
Since 2015, Christophe has achieved an average yield of 68 kg of Clodano per m². For Pascal Lorand, production of the Clodano and Luminence varieties varies between 68 and 70 kg per m². This is 5 to 7 kilos more per m² than in other greenhouses. ‘But that effect is not only due to the diffused glass. The other greenhouses are older, smaller in height, and less well ventilated. But diffused glass is definitely a determining factor in the better cultivation results we achieve.’

The growers doubt whether the chosen haze factor is the most optimal for their conditions. ‘In 2015, I chose Albarino High Haze because it was used several growers,’ explains Pascal. ‘And since the results were good, I opted for a haze factor of 80 percent for the new building in 2018. But at the beginning of the winter, when the amount of light is limited, the high haze factor means that we get slightly too little light in the greenhouse. In order to get more light into the greenhouse in the winter months, I would probably – if I could build again – choose Albarino Mid Haze, with a haze factor of 50 percent.’
According to Christophe, even in December, diffused glass provides more light in the greenhouse.
‘And in the summer, when it can be very hot, a haze factor of 80 percent results in half the temperature rise.’
Washing and disinfecting the greenhouse is also an important issue. ‘Diffused glass doesn’t pollute any faster than other glass’, the growers say. ‘On balance, we are very positive about the use of Albarino diffused glass. We are clear about the added value it gives us.’ 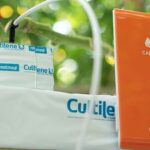 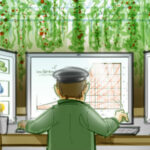 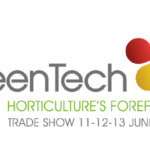 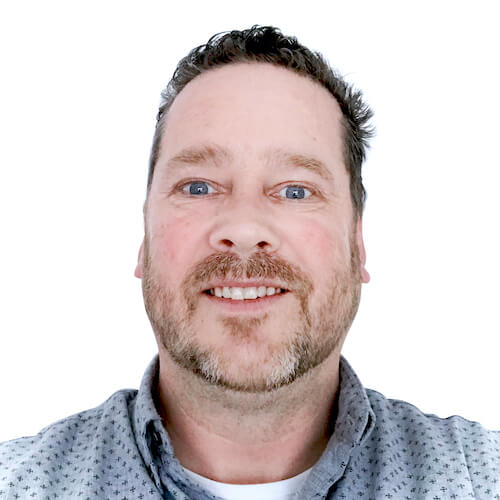